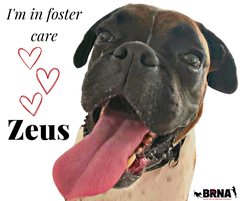 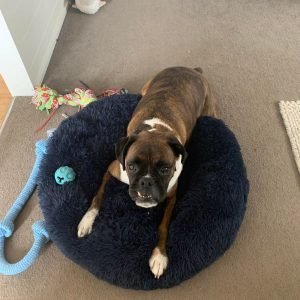 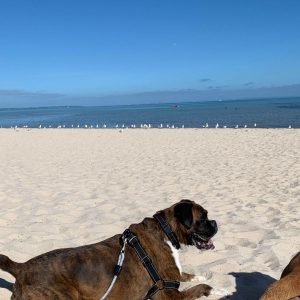 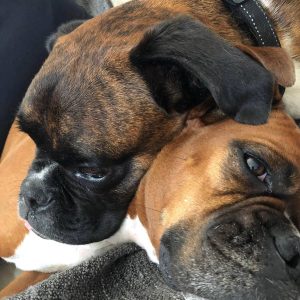 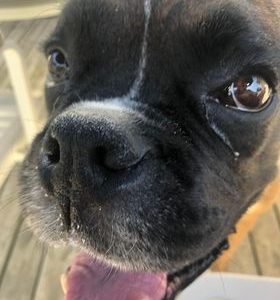 Here is what our foster carers had to say about Mr Zeus:

Let me introduce you to big Zeusie boy, known as the “bee hunter” around these parts. Zeus is a sweetheart. There’s nothing that makes him happier than your company, love and affection (well, maybe a walk). Despite his 35 kilogram heft, Zeus does seem to think he’s a lap dog. If allowed he’ll happily worm and squirm his way quite literally up onto your lap. What starts as just a nice pat somehow always seems to end up with this big oaf cuddled up on your belly, with both arms on your shoulders as he romantically whispers sweet nothings whilst nibbling your ear. He’s quite the romancer when he wants to be, but I’m not sure he gets the idea of personal space!
The only thing bigger than Zeusie boy’s heart is his tongue, which is so long he can’t quite keep it in his mouth. This means he often walks around sticking it out at people, but he’s not being rude, he was just born that way. It also means that when he drinks it seems as though he’s actually just splashing his face (and everything else) with water, as apparently none of it ever gets into his mouth. He’s gained the nickname “bee hunter” because he realises the dangers of bees walking on the ground or the deck, and he’ll very helpfully bark at them just to let you know there is a dangerous fuzzy little yellow thing and that you should be careful. Sometimes he will bark to let you know about other mortal dangers, such as mailmen, uber eats drivers, ghosts, goblins, poltergeists and anything else that appears inside that unique, Zeusie boy mind of his.
Zeus is a simple man at heart. There are two things he loves in life; cuddles on the couch (or wherever he can get them) and a walk. Zeusie LOVES going for a walk. When he sees his lead you can expect a rather unglamorous display of athletics and jumping, and that little tail of his moving so fast it begins to blur. Zeus isn’t exactly the world’s greatest walker; he does pull quite a lot and he is a strong boy, but with more training I’m sure this will improve. He gets very excited when he sees other dogs but is always happy to meet them. I haven’t seen him at a dog park but I’m sure he’d have a blast as long as he felt safe. He loves doggo friends. He’s played with many family friends while he’s been in foster care (a toy poodle, a pug and a bearded collie) and, although he was a bit excited at first, was generally pretty well mannered.  Although he’ll definitely bark at someone who comes to the house, he’s just letting you know that we have guests! Once they are in your home Zeus falls back on his prime directive; “Get More Cuddles”! He can be excited and doesn’t have the best manners, but he’s a people person and will greet guests warmly, occasionally by jumping on them (that old boxer trait). He seems to be fine with kids, although he is big and doesn’t have the best awareness of his body; he could well bowl over a toddler by accident. He does get excited around them.
When we found Zeus he was in pretty poor shape; he was covered in his own poo when we picked him up from the pound. Although he’s improved by leaps and bounds since then, he’s still had a bit of an ongoing digestive issue. Basically sometimes his poo can be a little soft, and by a little I mean a lot. It’s so soft you can’t pick it up. Some days are good and some are bad. We’ve been to the vet several times and haven’t been able to determine the cause; it’s definitely not parasites. It could be some kind of colitis or maybe he just has a sensitive tummy. Chicken only diets only help a little. But other than the soft poo this doesn’t seem to bother him at all. He’s a happy boy who is full of energy, has a great appetite and has been given a great bill of health by the vet otherwise, so this is not a big deal, but it’s just something you should be aware of. This can also mean that Zeus is capable of some epic farts; truly eye watering stuff. But most days this isn’t an issue. When it comes to food Zeus isn’t picky, dry food, wet food, he’ll eat it all happily. He does love a snack, but don’t we all?
Zeus was a bit nervous when we first met him, but given what he went through who wouldn’t be? We don’t know much about his former life, only that he was surrendered to the pound. But now he’s a happy, confident boy who loves people, dogs and affection. He probably does need an assertive pack leader, but he’s hardly an overbearing, dominant boy. Daily walks are great for Zeus but he’s not the most high energy boxer I’ve ever known.
Zeusie boy really is a lovable chap! He’s been a great addition to the house and really hasn’t been much trouble. If you can just give Zeus the love that he might have missed over the first 4 years of his life, then he’ll reward you with endless cuddles, romantic ear nibbles, faithful companionship, the warmest of greetings and, yes, even epic farts! You’ll even get a lap dog. He really is a beautiful boy who deserves a happy home.
If Zeus sounds like the dog you were always looking for please fill in our application:
APPLY NOW

GUIDE FOR FOSTER CARERS AND ADOPTERS

BRNA conducts an extensive due diligence in finding a perfect match for the boxer and the family. As part of the adoption and fostering process you had extensive communication with BRNA about the dog and you.

You need to re-home your dog and have decided to surrender your dog to Boxer Rescue Network Australia. This guide gives you an overview of the process and what information and documentation is required to have ready.

BRNA is a registered Charity run by volunteers who spend hours of their free time every day to help boxers.Our standard adoption fee covers vet work such as desexing of dogs, vaccinations, microchipping, we provide tick/flea/worming and heartworm medication to the dogs in our care. 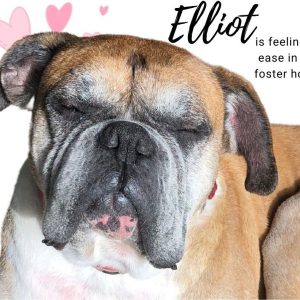 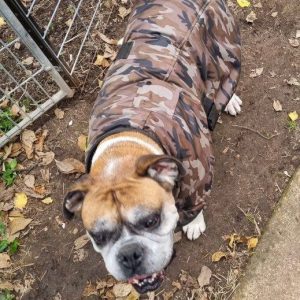 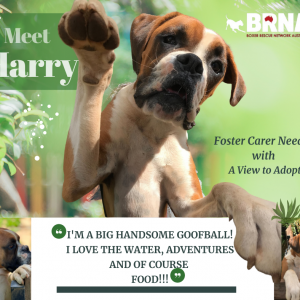 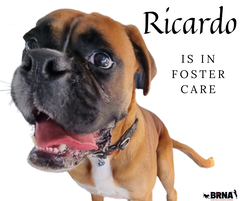 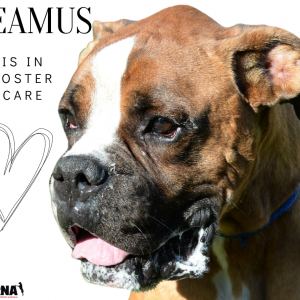 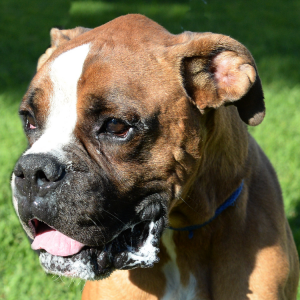 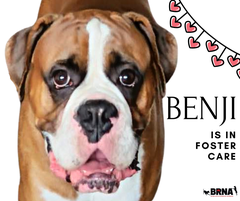 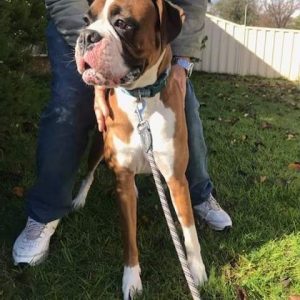 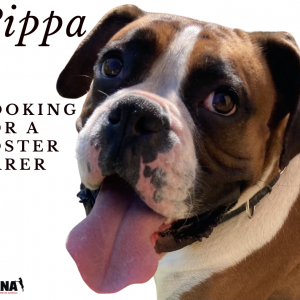 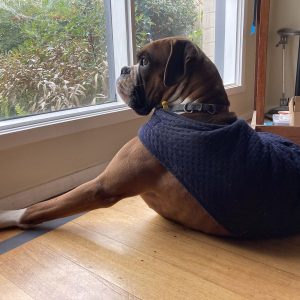 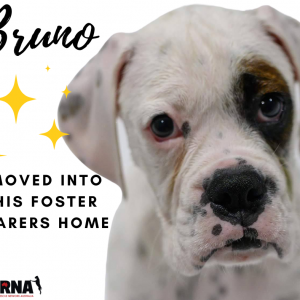 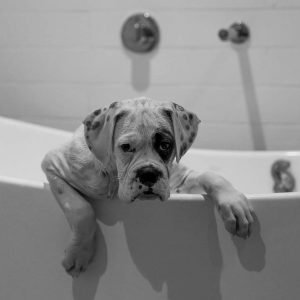 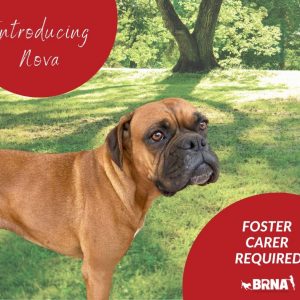 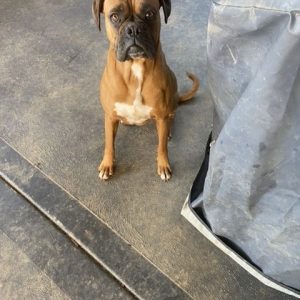